Assam: The Land of Plenty? 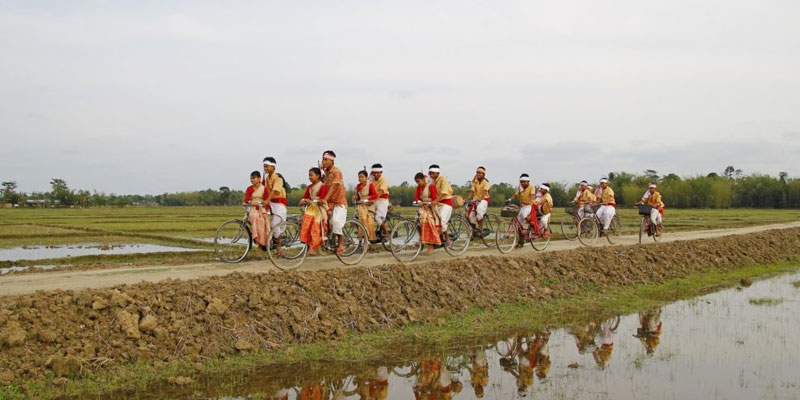 Assam has always been notorious for its poor health indicators in respect to health, nutrition and education. Unfortunately, all these indicators are all underlying causes of a greater vicious cycle. Poor education leads to poor food habits which in turn leads to poor nutrition. Very few people know that the root cause of chronic malnutrition lies within the first 1000 days of child’s life – from the day of conception to two years of life. The benefits or ill effects of these 1000 days cannot be reversed despite the best of our technologies and available medical interventions.

36.4% of children under the age of five are stunted, 17.0% are wasted, and 29.8% children under five are underweight in the state. 35.7% of children age 6-59 months are anaemic, while 46% of women aged 15-49 are anaemic. One of the major reasons of Assam being one of the most backward in these important indicators is the unique socio cultural diversity of the state. Broadly, the population of the state can be divided into the indigenous Assamese population inclusive of all the different tribes that have built up their own individual identity; the Bengali Muslim population in the char (temporary riverine islands) areas where accessibility to basic health and education services are difficult at the best of circumstances; and the tea garden population who are mostly dependant on the management for their livelihood, education, health and other basic necessities. These three distinct populations have different patterns of health seeking behaviour, educational qualifications and nutritional status. The majority Assamese population are mostly literate  (82.8% in men and 71.8% in women) and have access to good health services and nutrition. The Bengali Muslim population in the char areas are mostly dependant on daily wage livelihood and thus nutrition and health take a back seat in the management of the family. The tea garden population are the ones who have the poorest indicators in terms of health and nutrition.

To overcome the individual and overall shortcomings of these three different populations it is necessary that customised interventions be designed for each section. Assam always had a rich culture of having home grown and locally available food, which was culturally suitable and highly nutritious as well as being affordable for everyone. However, over the years, this has been has dented due to the influence of fast, ready to eat foods. This is particularly true for the first 1000 days of life of a child; especially in a situation of crisis which Assam faces every year in the form of floods which displaces hundreds of thousands. In these times of crisis the relief and rehabilitation of these populations with nutritious food is vital in order to avoid the far reaching effects of malnutrition as has been established by various studies. Thus, it is a matter of urgency that we address the potential crisis of malnourishment at the policy level and bring about changes in the structure of relief and rehabilitation during crisis situations.