Investing in Local Leadership to strengthen the local processes, ownership and ensure sustainability – a key towards attaining Zero Hunger 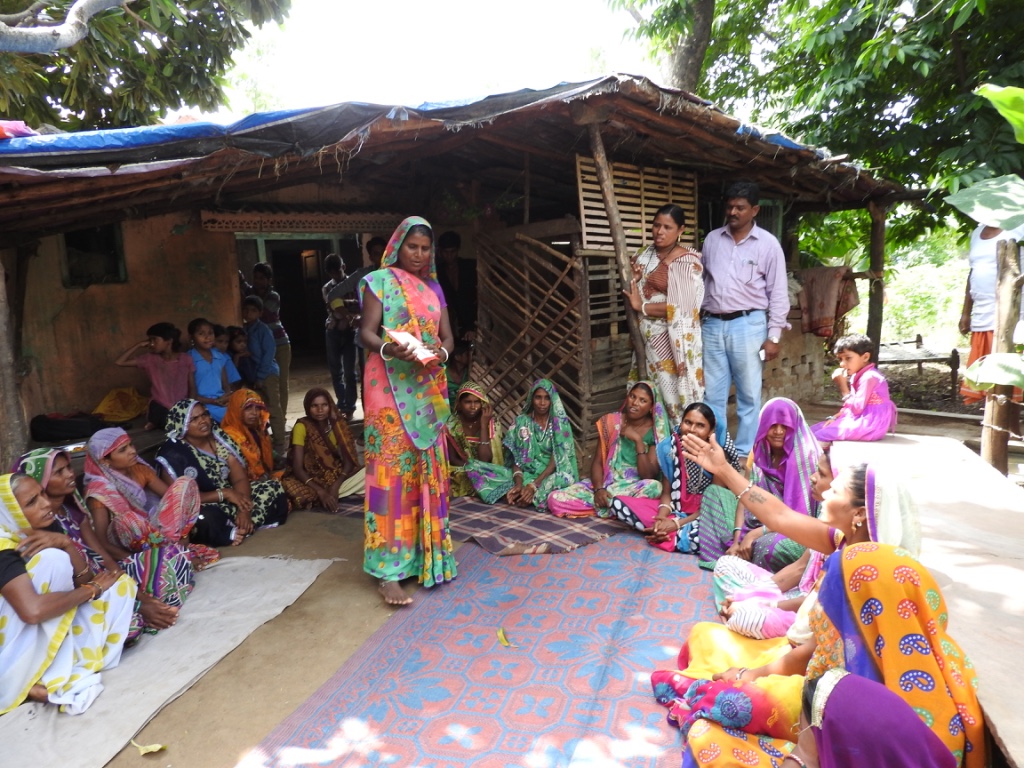 Even after 25 years of UNICEF’s conceptual framework and continued efforts among nutrition communities all over the world, the problem of hunger remains persistent. We know “what” must be done, but we remain adrift of the “how”. The centre’s recently announced National Nutrition Mission (NNM) is a step in that direction, which brings together a number of existing programmes under a common umbrella. It is important to facilitate the ‘human capital’ to negotiate with the other players in the best interest of their community, especially in terms of social behaviour change— to look for solutions from within. Initiatives like the Rajasthan Nutrition Project have important learnings which can be used to drive future programmes under the NNM.
The implementation of RNP saw women as change agents, who could actively drive better nutritional outcomes for themselves and their families. It reached out to them through well-defined methods of creating inclusive participation among women, the RNP was able to ensure better standards of health and nutrition in the two identified districts. Further, learnings were gained from the project, which can be implemented in the future.
The Rajasthan Nutrition Project aimed at improving nutrition intake of poor, rural women, adolescent girls and young children in the districts of Banswara and Sirohi by reaching out to them. It was designed as a cross-sectoral project that aimed to build on these existing women’s self-help group (SHG) movement to supplement standard savings and livelihood activities with vital health and nutrition knowledge, budgeting/ planning skills, nutrition-sensitive agriculture techniques, improved gender awareness and linkages to nutrition-related services and advocacy for improved service delivery by building upon the existing SHG movement.

Termed as Community Nutrition Advocates (CNAs), a strong community of 1,280 such volunteers was developed to deliver health Behaviour Change Communication (BCC) messages to all the SHG members such as:

1. Nutrition and Health: Messages on diarrhoea, breastfeeding, child feeding practices, and gender roles within each of those, basic nutrition and hygiene, infant and child nutrition, maternal and adolescent health, health services linkages as well as financial literacy that could enable both saving and planning for health and nutrition needs were delivered.

2. Gender Sensitization and Dialogues: Gender messages and dialogues that engaged both women and men on the importance of supporting women during pregnancy with additional nutritious foods and support in chores and labor, household decision-making for supporting food and nutritional security were built into the BCC.

3. Linkages to Health and Nutrition Services: A community score-card approach which mapped and assessed the health and nutrition services being provided in their communities and the gaps in those services.

4. Nutrition-sensitive agriculture: Locally-grown, drought-tolerant nutritious foods were promoted, and the foods being grown in kitchen gardens were linked to to the nutrients they provide for vulnerable members of households.

The health and nutritional outcomes for women and children were specifically targeted. The following specific health goals by FFHIT were established for RNP in assessing how its approach will impact the target districts:
1. To raise the rate of infants breastfed within first hour after birth and exclusively for six months to the Rajasthan average rate.
2. To raise the rate of use of oral rehydration solution (ORS) and increased fluids in treating diarrhoea to the Rajasthan average rate.
3. To improve household food security upon the baseline rate by the end line.
4. To improve linkages and use of local health and nutrition services, such as the ICDS program.

A baseline assessment was conducted by FFH in May–June 2015 with 403 women belonging to SHGs in the districts. A simple representative random sample was applied, stratified to include at least 20 percent of currently pregnant women, with the remaining sample consisting of mothers with children between the ages of 0-2 years. 82 percent of the respondents in the sample at end line were also participants in the baseline, which ensured comparability between the two survey rounds.

At the time of the baseline survey, statistics for both Banswara and Sirohi districts were already better across a number of parameters compared to the Rajasthan average figure. In some cases, betterment was seen in parameter performance compared to Rajasthan by endline, and there was a significant improvement across parameters on an inter-temporal basis.

Women also reported greater intra-household decision-making, reduced fear of their husbands, and more confidence and satisfaction with their lives. A key reported impact of the project by beneficiaries was that they increased the number of meals they consumed with their husbands which resulted in them eating a greater share of the meals they prepared as well as improved communication with their spouses.

Given the fact that FFHIT has already successfully implemented the RNP, its findings can be used as inputs for the NNM in developing a targeted strategy for better health and nutrition. This is particularly so, since the indicator level goals tracked by RNP are closely related to those mentioned under the NNM.