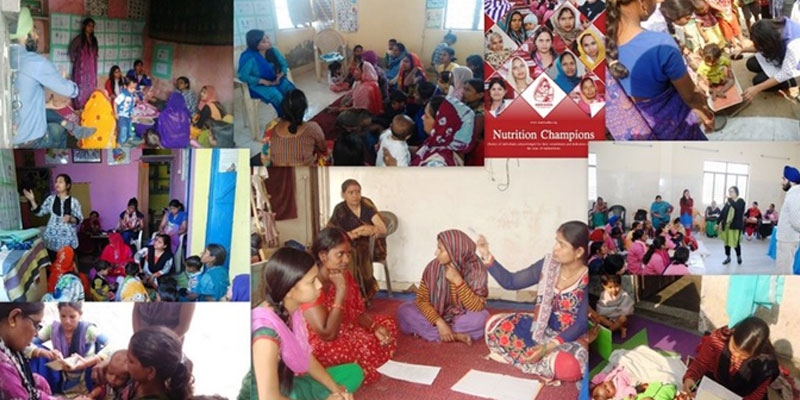 Right to food and nutrition is a challenging issue for India and its seriousness is even reflected in the capital city of Delhi. With much effort the National Food Security Act, 2013 was promulgated to ensure nutritional support and food security to different categories of children and women through government programmes and Schemes. The Law provides for a comprehensive mechanism for management of food security, quality standards, rights of individuals and duties of agencies and overall monitoring mechanism headed by the State Food Commissioner.

There are more than 20 million children aged 6 months to 14 years who receive supplementary nutrition and hot-cooked meals under ICDS and Mid-Day Meal programme in Delhi. However, the situation on ground was grim. Government own reports and statutory auditor’s report reflected Poor Quality of Meals (89 percent samples of cooked meal failed) being Served to Children, with complaints of inade 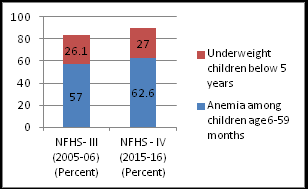 quate foods (more 60% children were not satisfied with the quality and quantity of meal served to them); dissatisfactory quality, failed standards tests, had extraneous items such as lizards and penalties of more than 16 million rupees on all service providers providing Mid-Day Meal were imposed by Departments. The situation was grimmer when we found that 56 children were hospitalized in 2014 and 2015, consequently, 6 contractors were prohibited or discontinued or withdrawn to serve mid-day meal in Delhi. Other issues include selection of blacklisted food suppliers, mismatch of critical data about malnourished children of one department to other.

Situation of malnutrition has also been a grim reality in Delhi when a government report highlighted Delhi among 9 states where the prevalence of malnutrition among younger children (below six years) was as much as 50 percent. The information from Delhi government informed us there were more than 1 million children who were found malnourished and around 2 million children were found anemic in Delhi schools (govt. and govt. aided) in 2014 without much change in the subsequent years.

Aggrieved by the situation, NGO Matri Sudha (www.matrisudha.org) approached the Honorable High Court of Delhi through a human rights lawyer Vikram Srivastava (www.ithought.in), by way of Writ Petition under Article 226 of the Constitution. The writ petition prayed to the honorable court that: