PUSHTi is a Hindi term meaning validation or confirmation. The project, funded through GlaxoSmithKline Consumer Healthcare, aims to validate that the integration of nutrition-specific and -sensitive interventions is achievable in a field setting. Pushti also means sustenance or nourishment, something that supports life.

PUSHTi is a community-centred initiative to address the immediate and underlying causes of undernutrition among women, adolescent girls, and children. It is implemented in Nabha block, one of the eight development blocks in district Patiala of the northern Indian state of Punjab,

Nabha’s population of 202,000 is predominantly rural and male, with only 891 females for 1,000 males. There are 171 villages in this block, with an average village population of about 1,100 people. Nearly 40% of the population belongs to the Scheduled Caste group, a government-recognized, historically disadvantaged population, and only 64% of the population can read and write. While disaggregated data on nutritional status and its determinants are unavailable at block level, estimates from district Patiala are telling of the overall situation in the region. Nearly 18% of children under five are chronically undernourished and are unlikely to meet their growth, development, and cognitive potential. Nearly half the children in this age-group suffer from anemia, as do over 40% of women of reproductive age. PUSHTi aims to support “the right nutrition at the right time” by targeting five groups through age-appropriate, context specific, and evidence-based nutrition interventions (Figure 1). 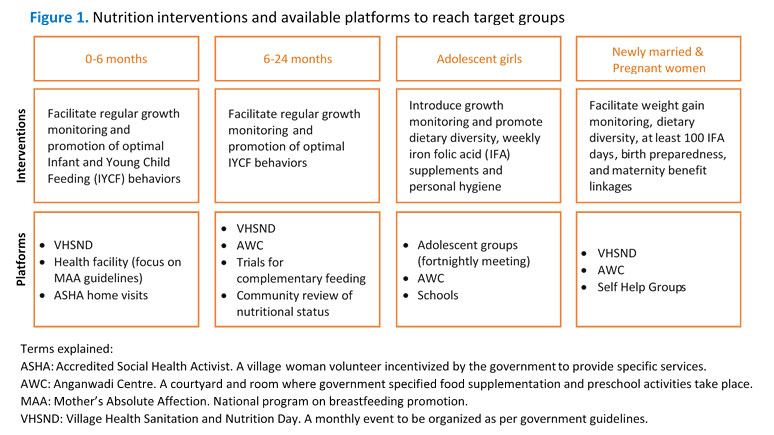 The project aligns with national targets under the recently launched National Nutrition Mission, which aims to reduce undernutrition across a spectrum of target groups by 2022 (Table 1). India is also committed to meeting the Global Health Assembly 2025 targets, which include a 50% reduction in anemia among women of reproductive age, reducing and maintaining childhood wasting (thin for height) to less than 5%, and a 50% reduction in the number of children who are stunted (short for age), among other targets.

The project will have two phases: a nine-month pilot testing phase in seven of the 171 villages and a scale-up phase. In the first phase, JSI will conduct formative research to finalize the project design for scale up. To gain an in-depth understanding of health, nutrition, sanitation, and hygiene practices, the research will include focus group discussions with pregnant women; mothers of children under two; adolescent girls; newly married women; last-mile health service providers; and local leaders. We will also conduct key informant interviews. 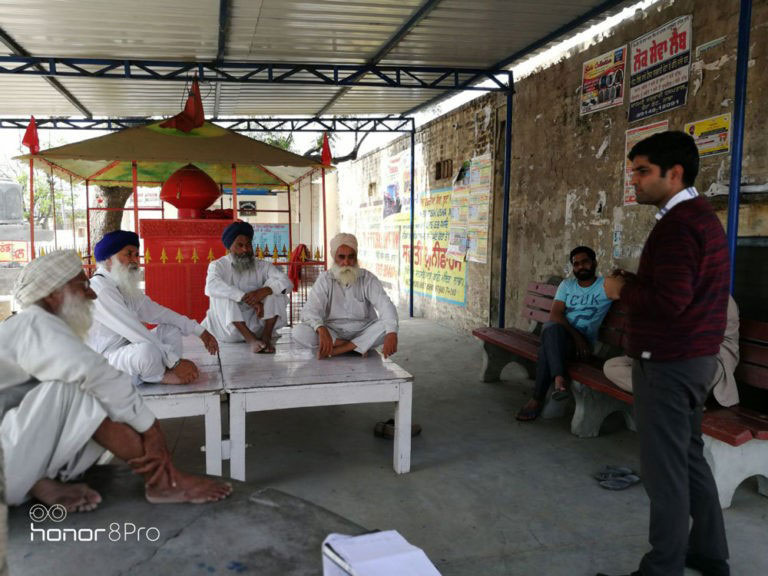 The research findings will be centred on identifying barriers to and facilitators of key health, dietary, sanitation, and hygiene practices relevant to the various target groups. These barriers and facilitators will be used to finalize the project design and ensure that interventions are context-specific and sustainable. It is estimated that the project will reach nearly 3,000 newly married and pregnant women, as well as 30,000 adolescent girls and children under two once it is taken to scale. 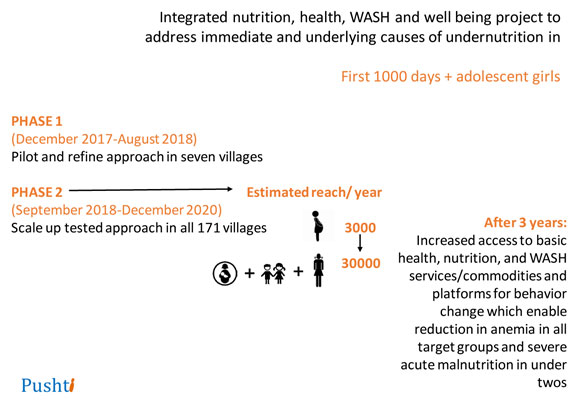