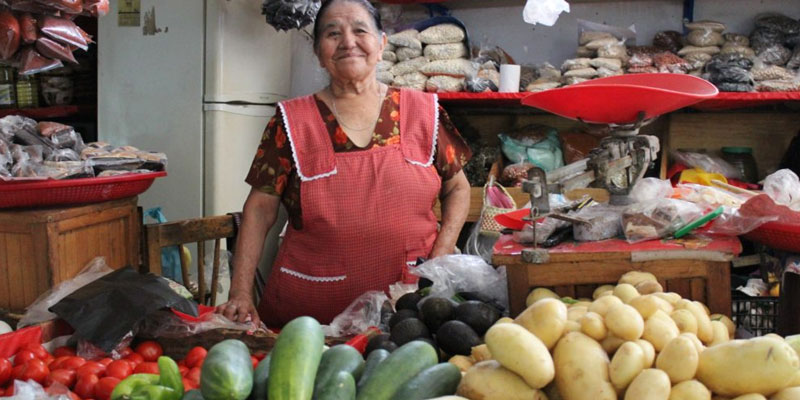 Why nutrition? While the answer might seem hilariously obvious to you and me, an astounding number of people, especially in the rural parts of our country, look at food as a consumable that makes the growling in their stomachs go away. Getting enough to eat always remains a first priority for them.

It is important to note that they are not wrong in doing so. The reality is that people who do not have enough money to purchase and prepare decent food in decent quantities cannot worry about the finer nuances of nutrition.

This is where the importance of food and nutrition security comes in. This is why Ellyn Satter, the go-to authority about raising healthy children and author of the Feeding with Love and Good Sense series, created the hierarchy of food needs which looks like this: 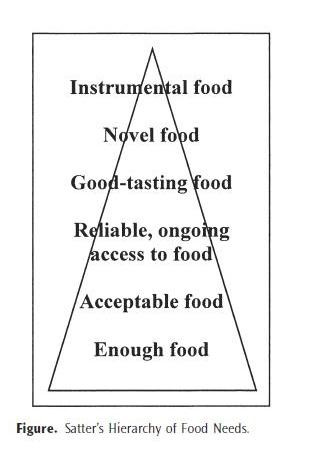 The idea is that, before we worry about nutrition (i.e., “instrumental food”) we’ve first got to HAVE food. Enough of it. Consistently. And it’s got to be acceptable to us (which, for some people, might mean not coming from the garbage, or meeting certain standards of preparation) and it’s got to taste reasonably good.

Once we ensure food security, which in layman terms means that everyone has enough to eat, we need to aggressively implement targeted nutrition programmes. Nutrition is a core pillar of human development and concrete, large-scale programming not only can reduce the burden of undernutrition and deprivation in countries but also can advance the progress of nations. By 2020, India will have the world’s largest population of working people, about 87 crores in all. When nations reach a high ratio of such people, they are expected to earn something called a demographic dividend. However, if the current trends of undernutrition continue, the labour force will remain unfit to contribute to the demographic dividend. Detrimental and often undetected until severe, undernutrition undermines the survival, growth and development of children and women, and thus diminishes the strength and capacity of nations.

If the current trends continue, we will not be able to reach the SDG and WHA targets set in the context of nutrition. There is a critical window of opportunity to prevent undernutrition by taking care of the nutrition of children in the first two years of life, girls during adolescence, and mothers during pregnancy and lactation – when proven nutrition interventions offer children the best chance to survive and reach optimal growth and development. This is where most of our interventions should be targeted. It is high time that we all join hands and work towards building a healthier, more productive nation.

Anam Hilaly
Consultant,
The Coalition for Food and
Nutrition Security