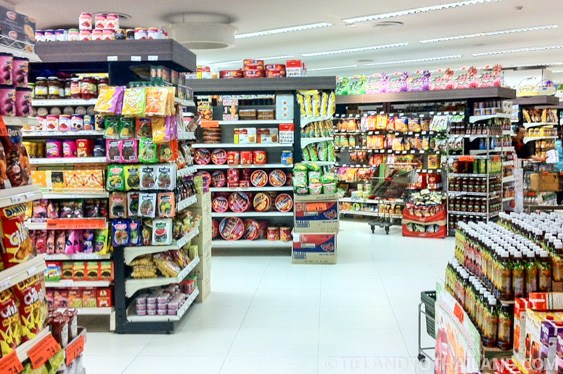 We all know that South Asia houses a large population of malnourished. Even a large section of the population in the region is dependent on agriculture, markets are the major or at least an important source of food. Rural non-farm, landless and urban households source food from the market; farm households also depend on markets for some of their food requirements. This makes Markets for Nutrition an important area of study to understand how markets could be a route to address undernutrition among poor and low income households.

“What public and private actions are needed to strengthen the impacts of agri-food value chains on nutrition?” – is one strand of research the Leveraging Agriculture for Nutrition in South Asia (LANSA) Consortium has tried to examine.  The specific focus is to   investigate the effectiveness of interventions along agri-food value-chains aimed at enhancing the availability, affordability, acceptability and consumption of nutritious foods by the poor on a sustained basis.

To this end, country reviews of agri-food value chains post-farmgate were undertaken for Bangladesh, India and Pakistan as a first step.  The reviews classified value chain interventions into three categories: 1) interventions focused on foods that are naturally nutrient-dense (e.g. drumstick, millets and animal-based foods), and whether they have an explicit focus on nutrition; 2) interventions focused on enhancing the nutritional value of foods (food fortification), directed at particular population segments (e.g. weaning foods for infants) or for consumption by the general population (e.g. fortified flour); and 3) food distribution programmes that incorporate foods in either of the preceding categories.

Informal markets occupy considerable space in the developing countries of the region in comparison with organised formal sector markets. Focused interventions for channelizing nutritious foods to low income households through the market poses its own challenges. Even though they constitute a large segment, what is the incentive for private sector business to have a nutrition focus in targeting them? How much can the State play a role through food distribution programmes like for instance the school meal programme in India? Do governments see it as a viable investment? Are Public Private Partnerships (PPPs) an ideal model? Can regulations like say mandatory fortification of flour have impact in a scenario where a large segment of the market is in the unorganised sector and beyond the purview of regulators? And what are the factors on the demand side that determine consumption of nutritious food? More questions than answers!

A case study from India has examined the value chain of the Supplementary Nutrition Programme under the Integrated Child Development Services and the different models in operation in the states of Telangana and Tamil Nadu. While the fortified premix given as supplementary food to pregnant women and children is manufactured by a public sector enterprise in Telangana, a public-private-cooperative sector value chain model is in operation in Tamil Nadu. Another study has examined private business value chains taking the cases of Amul Spray, a fortified milk food for children manufactured by the Gujarat Cooperative Milk Marketing Federation and iron fortified Tiger brand biscuits that was being manufactured by Britannia Industries Ltd. These and other papers based on case studies from more countries of the region appear in the January 2018 special issue of the IDS Bulletin titled “Value Chains for Nutrition: Who Delivers, How and To Whom?” answering some of the questions raised above and bringing the focus on markets for sustainable nutrition.