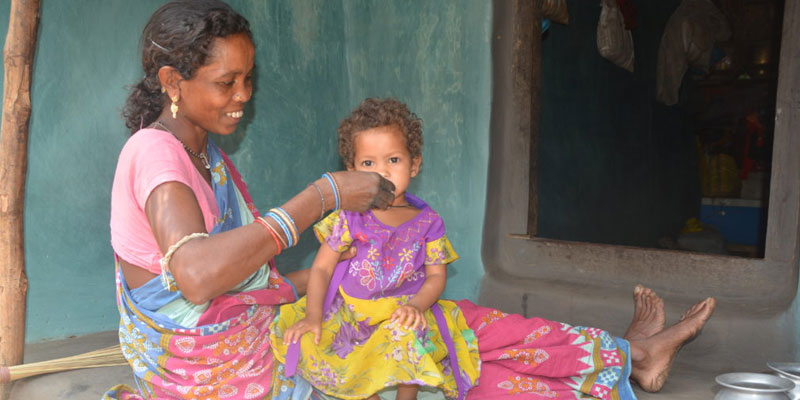 Since Independence, India’s economic and agricultural growth have been spectacular. Food grain production increased nearly fivefold.  Rapid economic growth led to a decrease in extreme poverty and frank cases of undernutrition. The gap between the recommended dietary allowances and actual food and nutrient intake started narrowing for households.  However, a chief concern is the persistence of under nutrition, among children below five years of age. Thirty-eight percent are stunted, with inadequate height for age and about 35% are underweight. The fact that stunting signifies prolonged periods of inadequate food intake highlights the poignancy of the situation.

This has led to the observation that poverty reduction, improvement in food production and literacy are necessary but not sufficient conditions for reducing under nutrition among children. The first thousand days of life or the period from conception to two years after birth are very critical for growth and development. Setback during this period could cause irreversible damage resulting in the individual not developing to the fullest potential.  This period is also characterized by major changes in the feeding patterns of young children.

For the first six months the infant needs to be exclusively breastfed.  Breastfeeding has to begin within the first hour of birth. In India, though Institutional deliveries have increased to 78%, only 41% of women initiate breastfeeding within the first hour suggesting that there is tremendous scope for health professionals to help mothers in initiating breastfeeding. After six months, the child needs to be gradually introduced to other family foods and fed four or five times a day. This requires skill, time and patience. Women perform multiple roles ranging from economic, home making to care of children, cattle, the sick and elderly.  A mother requires rest, access to a balanced diet and support for child care, household and economic responsibilities after child birth. Childcare and domestic work are predominantly a female responsibility and mothers constantly struggle to combine work with childcare with or without the support of other females in the household.

On an average women spend about five hours a day on domestic work as compared to 31 minutes by men.  They also spend about 3 hours on economic and allied activities.  Ninety percent of the women engaged in paid work are in the unorganized sector. Without paid maternity leave they depend only on the cash support by the Government. It is not surprising that about 55% of non-pregnant women are anaemic and only about 9.6% of children beyond six months receive a nutritionally adequate diet.  Besides food, hygiene aspects play an important role in maintaining health.  Only about 48 percent of households have access to toilets and there is clear relationship between stunting in young children and availability of toilets at household level. Hence, support to women for child feeding and care and providing usable toilets at household level would be key areas of action to address child undernutrition.